At the top of Carn Brea

For a long time I’ve wanted to walk the Great Flat Lode, or at least part of it. This is a long trail around the old tin mines near Redruth and as many of my ancestors were tin miners and both my parents were born and brought up in the area it has particular significance for me. I am also a woman in want of a flatter stomach and a good old hike is a step (excuse pun) in the right direction.

Lo and behold what should pop up on Facebook a couple of weeks ago but a lady who likes rambling and who likes people to join her on her walks who just happened to be leading a walk around The Great Flat Lode. She calls herself Cornish Ramblings. This is something I’ve been thinking about for a long time but haven’t been quite brave enough to do. ie just announce a walk I’m about to do on Facebook and see if anyone’s interested. Jodi is her name and good for her for being braver than me and inviting others who like being led on a walk, to be led.

I like both exploring by myself (I am never happier than with a map in my hand) and I like being led. With the latter there is no thinking involved and also you can have a good natter to whoever happens to be walking along beside you. If you don’t gel then no bother, you just drift apart and the next person you strike up a conversation with could end up being your next best friend. It is quite brilliant.

After weeks of rain the Gods were shining on us as was the sun. We had a fantastic walk though the name is a misnomer as it is far from flat. We even walked past the house by father grew up in, in Carnkie, and the house my mother was born in, in Four Lanes. We also walked past Carnkie village hall where there is a little plaque dedicated to my father. Such fame! It was six miles of heaven as two of my closest friends, Jan and Denise, came too, and we put the world to rights at the top of Carn Brea.

In dietary terms things Are Not Going Well. My friend Tamara gave a tea party for another friend Natalia, for her birthday. Tam makes the most wonderful cakes and I ate about 7 of them. And sandwiches. Well it was rude not to. 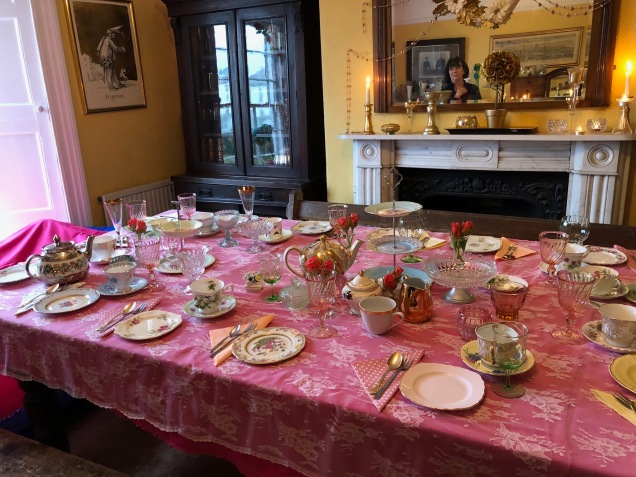 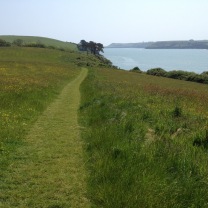